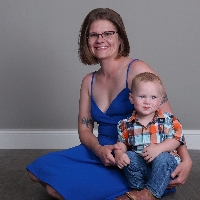 My story in short

I couldn’t focus in school. week of period I miss school or sleep threw class not meaning to. I drop out high school in 2008,10th grade. Get GED   CNA. CMA. ACMA work nursing care and hospice always having bruises

In March 2016 had a laperscope done to determine if I had endometriosis. Indeed stage 2. I had so much pain after surgery I’ve been on just about every birth control. Even told to be on two at one time to stop bleeding. Told I need to do lupron or ablation to have mema pause at 25 yrs. I pass and continue suffering.

At 28 year old. I’m pregnant sick every day. Set to go to hospital to induce and he decides to make intrence on his own. Drive to okc get a room epidural and with in minutes I am getting turned on side oxygen mask and told theos heart rate dropped into 50’s - 60’s going to have emergence C-section. Goes well then. my c- section gets infected.

my son gets circumcised just before we leave the hospital and bleeds for 10 days I’m told nicked artery and my have to remove band.

so my son is in pain I’m in pain from c-section. And pandemic is about to start

He has a bleeding disorder. He has severe Hemophilia A and von willbrand disease. Theo and his parents would be very thankful for any donations to Oklahoma bleeding disorders foundation. It doesn’t go to Theo alone. It goes to other babies and family’s that have trouble with funds. .

I know I hate seeing kids with bruises. These kids need YOUR help. Treatment for a bleeding episode cost thousands. There is no way around it. Hemophiila needs factor VIII.

One dose for a size of a baby is easily 500 just for medicine not counting blood draws and scans.

For many, a world without bleeding disorders is simply a dream. Thousands of kids and adults affected face internal bleeding, costly treatments and lifelong infusions.

Thank you in advance for your support and united, we will make a difference.